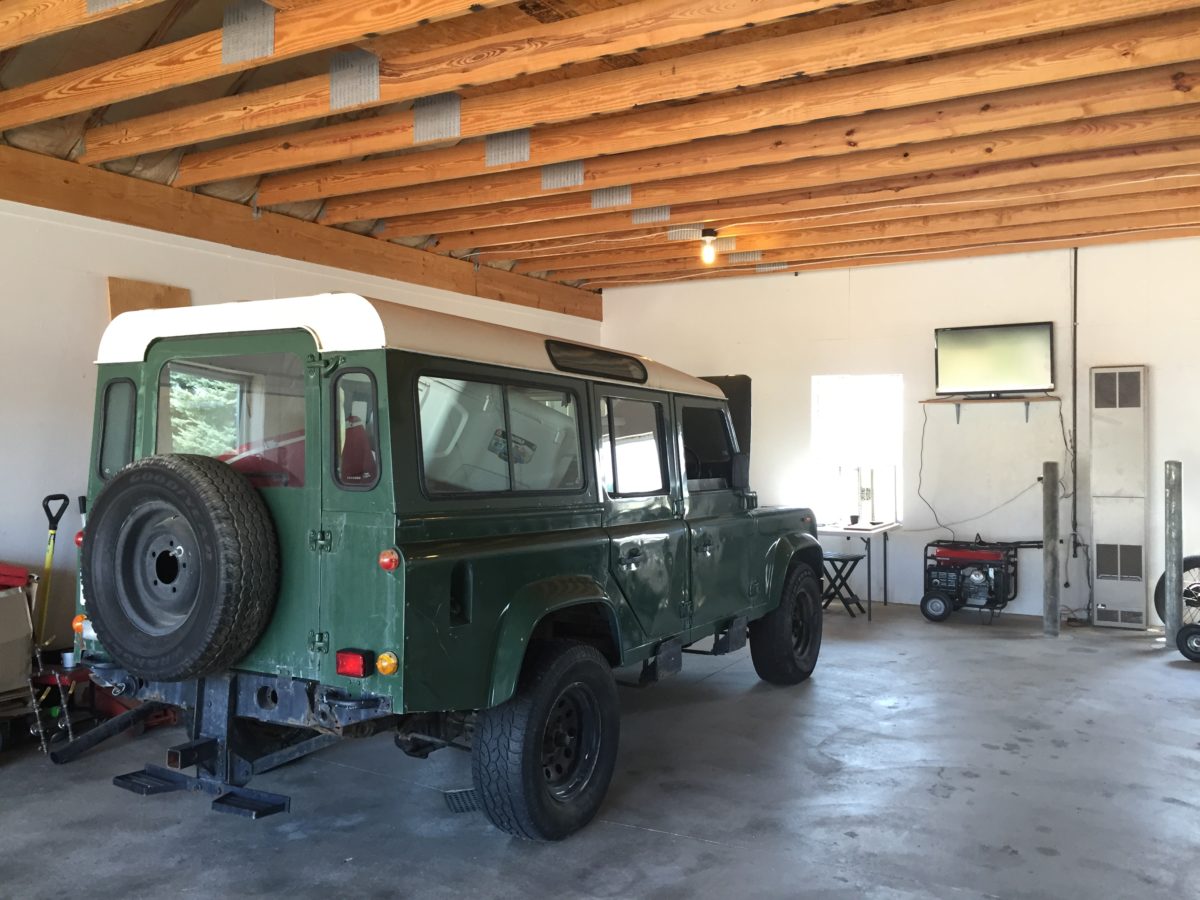 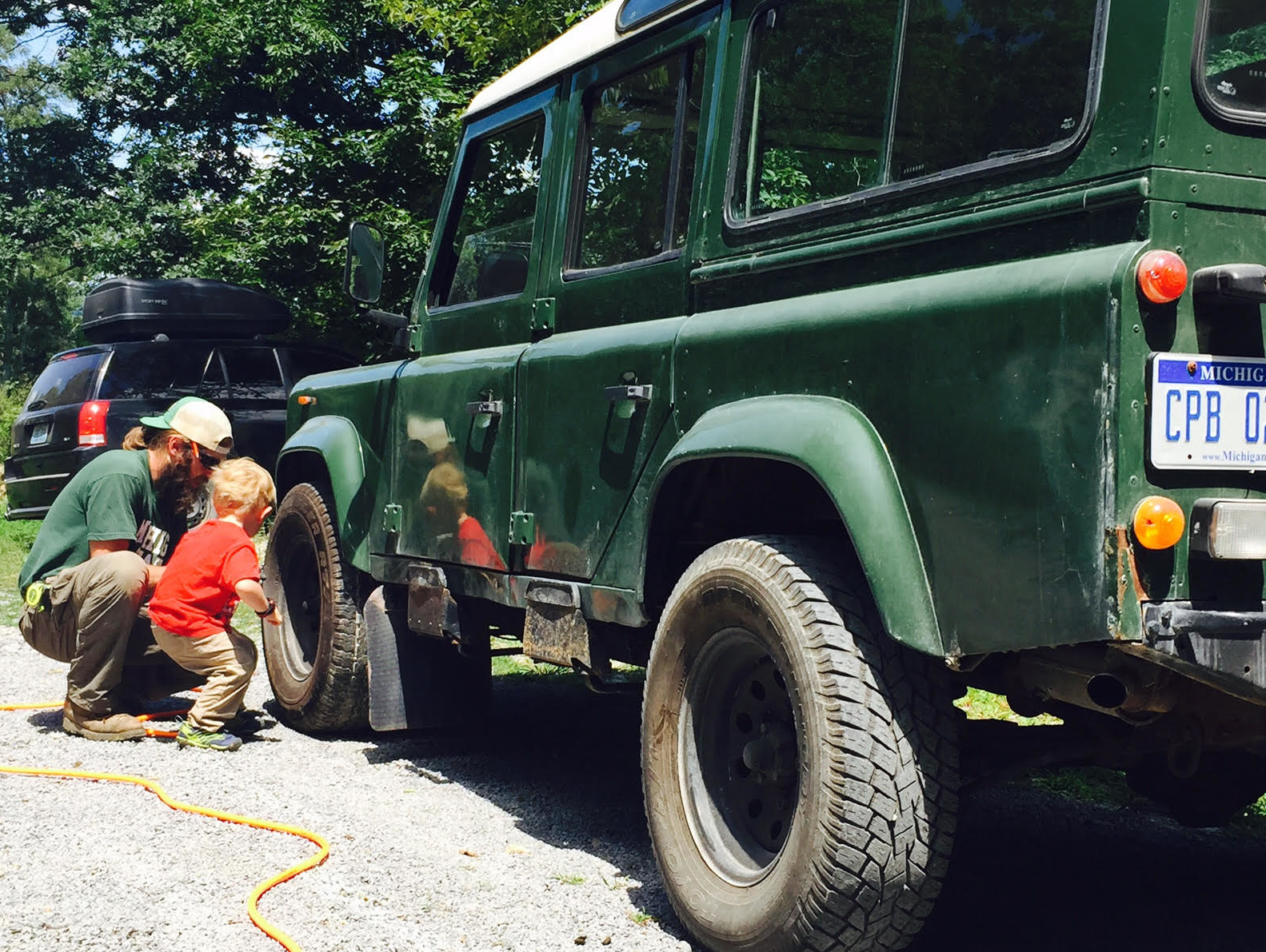 After having our Rover released from potential Government seizure, plus a planned trip to MI, we decided it would be a good time to welcome our Land Rover Defender (aka Ruth) to the Kentucky countryside we reside in. Kevin’s brother Andrew was excited to have his basketball court back (the driveway) and we’re glad Mom didn’t turn the Rover into a really expensive flower pot.

Since we started this blog, got the Rover, and made big life changes – paying off debt and being good stewards has been an ongoing goal and priority. Kentucky has provided a great opportunity for work that’s launching us into achieving some greater goals. We decided it was time to walk into the bank and payoff our remaining debt on the Rover – giving us freedom and an asset. (Cheers and Praise!)

“Much like Indiana Jones, we never know what’s going to be around the bend…”

And thus is life. Believe for the best and don’t get bent out of shape with challenges arise and things go less than smoothly. While we envisioned driving the Rover with no problems all the way to KY from MI, we also anticipated the possibility of, well, anything.

After a few breakdowns, phone calls with Safari H.P., some attempted repairs, an extra day in Ohio with family, we played it safe and had to tow Ruth into her new parking spot – at Gusty Branch, in the hills of Kentucky.

Some say we should just sell the Rover. Although this Defender is just an earthly object, it represents something deeper, something bigger. While the world would have us give up on Ruth and go another direction – their direction – we’re inclined to fight for her. It’s kind of like following Christ that comes down to one simple decision and conviction of the heart. The challenge is to be ok with uncertainty, what lies ahead, and choose to follow Him, no matter the resistance.

Looking for genuine Rover parts? Need customized service and restoration? Please check out Safari Heritage Parts! They’ve been amazing to work with (even just over the phone) and are thankful we were referred to them! > Visit Safarihp.com | Like + Follow on Facebook

Morals of the story…

• Abraham is always up for the adventure.

• Do what you gotta do, but make sure to slow down and intentionally enjoy the journey.

• 3 year olds are smarter and more capable than you think. Take everyday life moments (and challenges) as opportunities to teach them – they’re listening and watching!

• Surrender what’s out of your control. You don’t have as much control as you think.

• It’s good to have someone reliable and non-judgmental to call in an emergency – no matter your location.

• Be passionate and persistent.

• Instead of driving the quickest route possible, take your journey through small town America and off the interstate. You’ll see who America really is – and have a better perspective because of it.

• Road trips/Travel give you experience, perspective and education that can’t be found anywhere else. You’ll connect with people you never normally would – making friends for life. 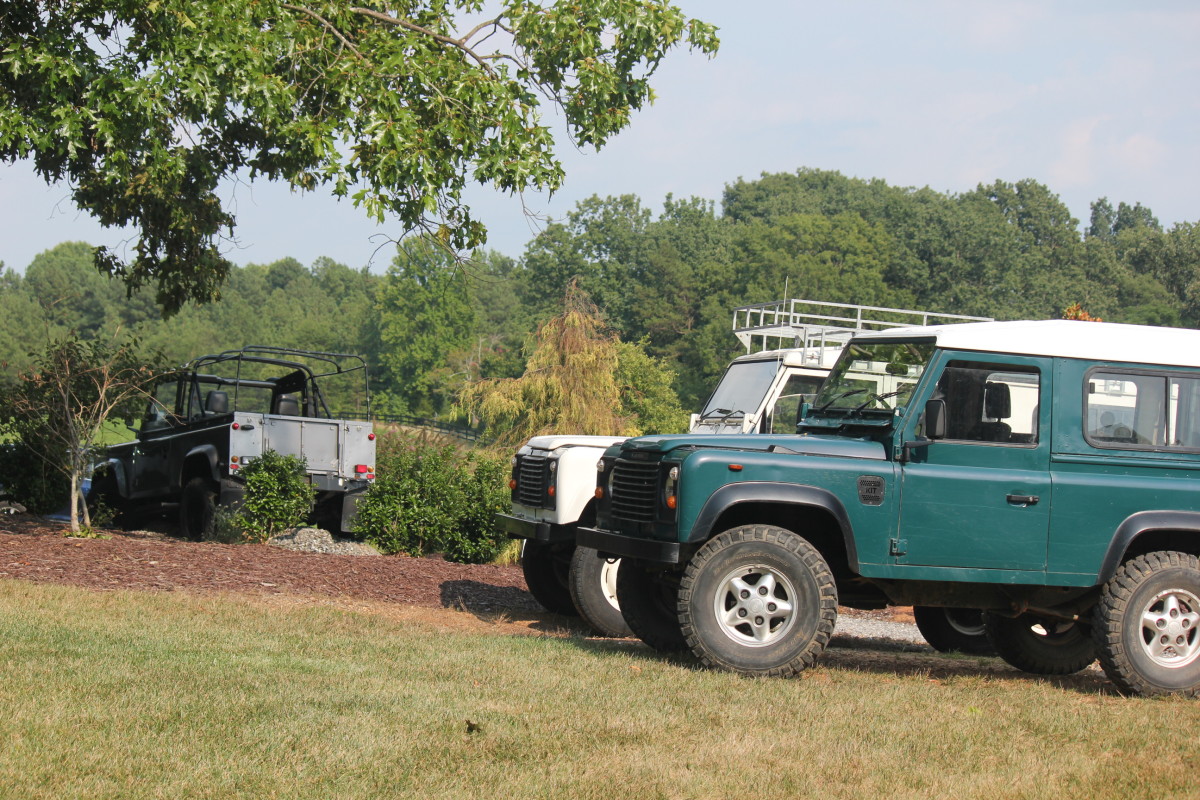 When the Sheriff comes looking for you…

Never would I have imagined a my mom, calling me in a panic, saying “The Leelanau County Sheriff was here looking for Jackson.” Of course little information was given and we had no idea why. So all we could do was call them and find out.

It’s the Spring of 2014. We were traveling frequently from MI for Jackson to begin his work on Gusty Branch in KY, while I was busy maintaining my business Rockwell Art & Design throughout the transition. In addition, we committed to attend various events and weddings last summer, not allowing us to be in one place for what seemed like more than two weeks at a time. With that said, you can see why we were “hard to find” from the Sheriff’s perspective.

They looked for us at our last know address. We could have been in either Leelanau, Brighton, or Kentucky. Later we found out that not just the Sheriff, but Homeland Security was looking – not for Jackson -but for our Land Rover Defender. Not only was Jackson not in Leelanau, but neither was the Rover. We had driven it down-state to Brighton, in one of our hauls on the move to KY. It happened to be parked in my in-laws’ driveway. Little did we know, that’s where our Rover would stay…for an entire year.

Meanwhile, in North Carolina, a man named Darin gets his Rover seized.

“Dozens of the iconic Defender models were seized by the Department of Homeland Security after U.S. buyers purchased them from abroad and had them shipped here. Vehicles that do not comply with safety and emissions standards cannot be purchased from foreign sellers unless they are 25 years or older, and therefore exempt from the regulations” ~Fox News.com, June 12th, 2015

Only by fate did Darin meet Will Hedrick, a lawyer that lived just 2 minutes down the road, whom he’d never met – until now. By fate, they met and Darin shared his story. Will wanted to help Darin, but didn’t want to charge him for it. Will slept on it and the next day decided, “If I’m going to help this one man, I need to help the others.” So with Darin’s support and permission, they agreed to take on this case of seized Rovers and all help represent ALL Defender owners across the country that were involved in this case.

While we were pursued by a Sheriff and Homeland Security, by grace, apparently we had it easy. Some Rovers were taken rather violently, like Jennifer who reports,

“I had seven law enforcement officers block my driveway and take my Land Rover, with bulletproof vests and guns in holsters.”

Some Rovers that were seized, got almost totally wrecked from lack of care while getting impounded. While the Feds claimed these vehicles were initially imported illegally, failing emissions regulations, doesn’t this SWAT team type force, towards non-criminal classic car owners, seem a little extreme?

Helped by a Stranger

Not only did the Sheriff have a hard time tracking us down, but so did Will.

Fast forward to Winter 2015. On our way to church in Danville, KY one Sunday morning, we get a call from a stranger. “Hi, this is Will Hedrick, is Kevin Jackson there?” “Yes,” I replied. “Oh great! I’ve been trying to find you guys for over 6 months! Your Rover is the only one I’m not yet representing in this case!” Will said. While excited, and a little skeptical (what Lawyer wants to help you for free?), An exciting and uncertain journey with our Rover began, and a stranger turned into a friend.

While other defenders were getting taken by force, only by miscommunication and grace, was our Rover the only one NOT SEIZED. One department thought it had already been taken, while another department opted to drop out of the case.

For most “personal property seizure cases” the value of the property gets far outweighed by the potential legal fees and the long haul of fighting a case that’s involved. Most people are forced to cut their loses and then opt to not fight it. So if it wasn’t for Will, and his choice to take on Goliath, there would be a lot of us across the country “cutting our losses” right now. Instead, he joined forces, and together we came out victorious, with the Government settling!

Related story: Celebrating the return of the Defenders > GO 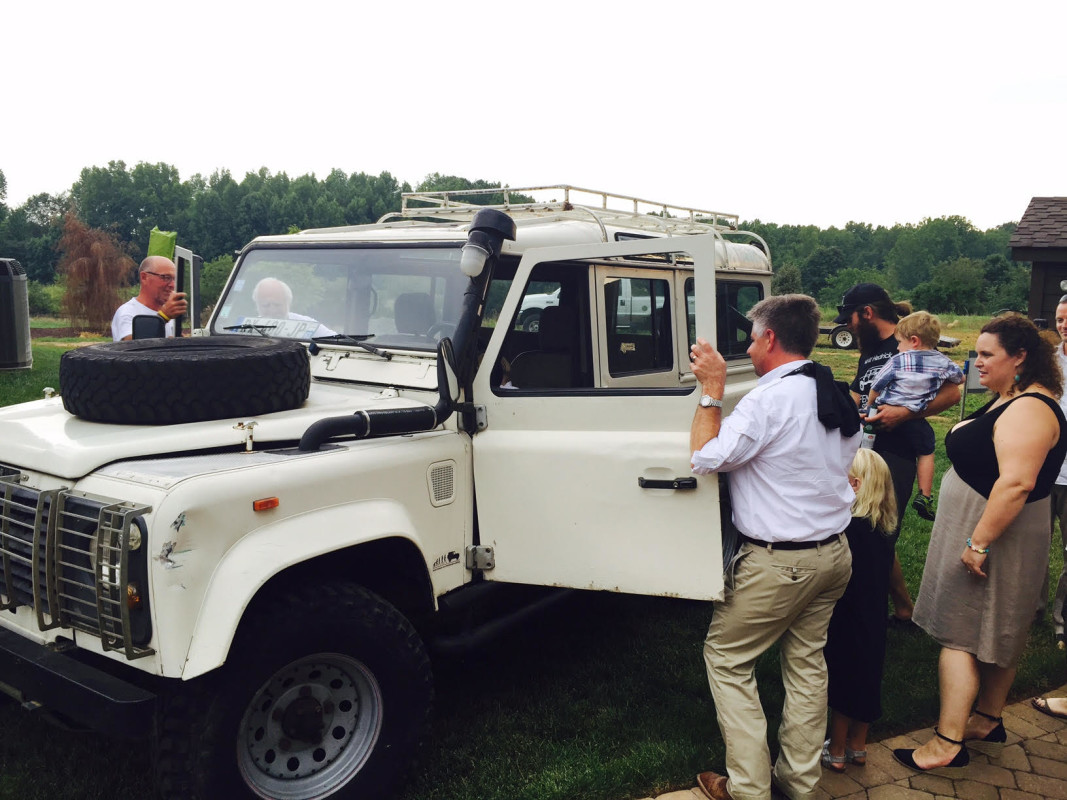