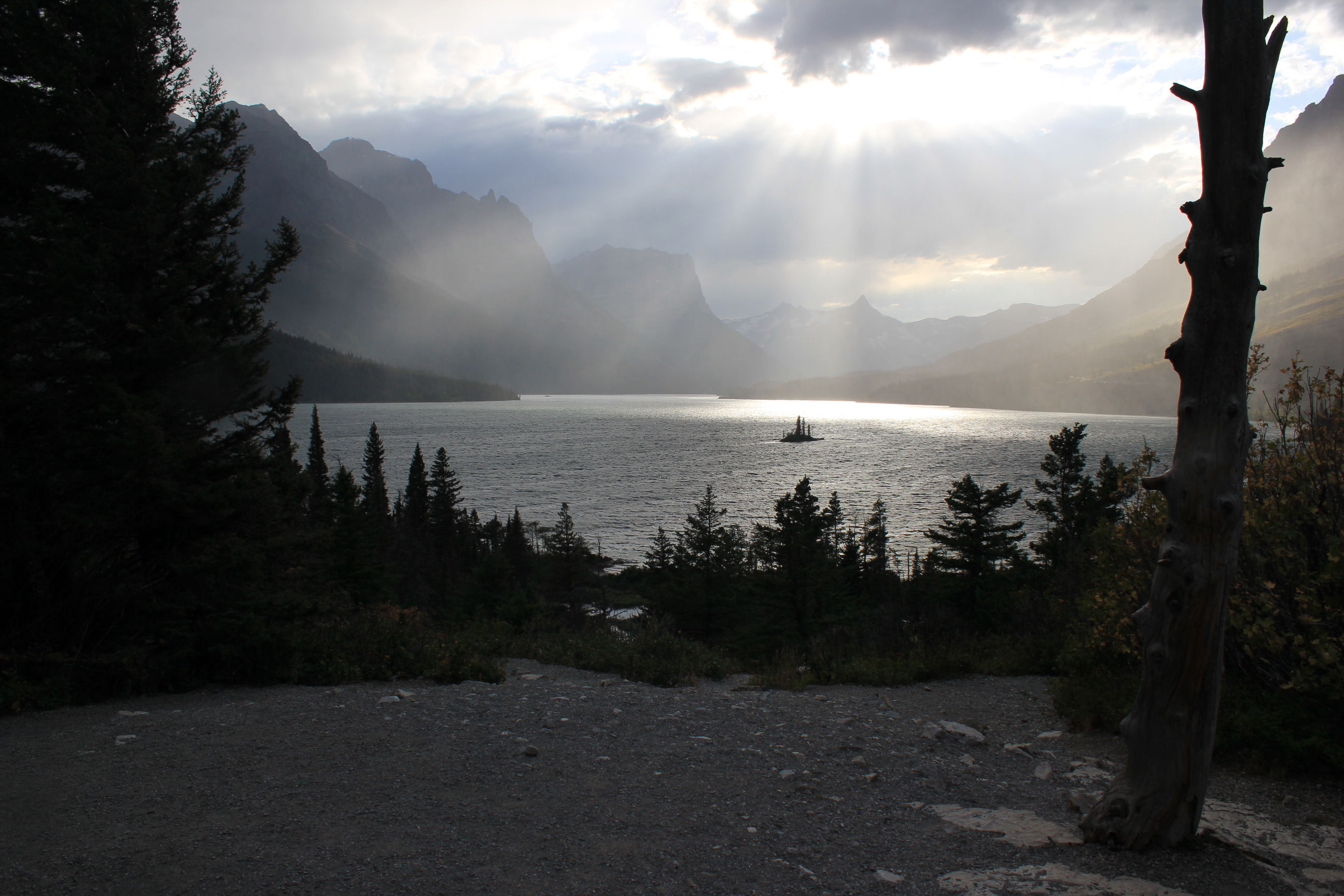 Despite road construction and time of year partial road closures, we drove the famous “Going to the Sun road” within Glacier National Park. Normally, during the warm season, this is one of the few roads in the park that can be driven all the way through going east and west. We stopped a few times at lookouts, walked down to a river, and drove as far as the road was open. Driving back, we beat the storm that was rolling in. One of our favorite views was of Jackson’s Glacier, also appropriately named!

Being in this park made us realize that we are actually still coming out of the last Ice Age! Stop for a second to wrap your head around that! Here in the park you can see the remains of glaciers that still exist, but are melting each year. It has been estimated that there were approximately 150 glaciers present in 1850, and most glaciers were still present in 1910 when the park was established. Now, there are only about 25 remaining glaciers and it’s predicted that the park’s largest glaciers will be melted by 2030.