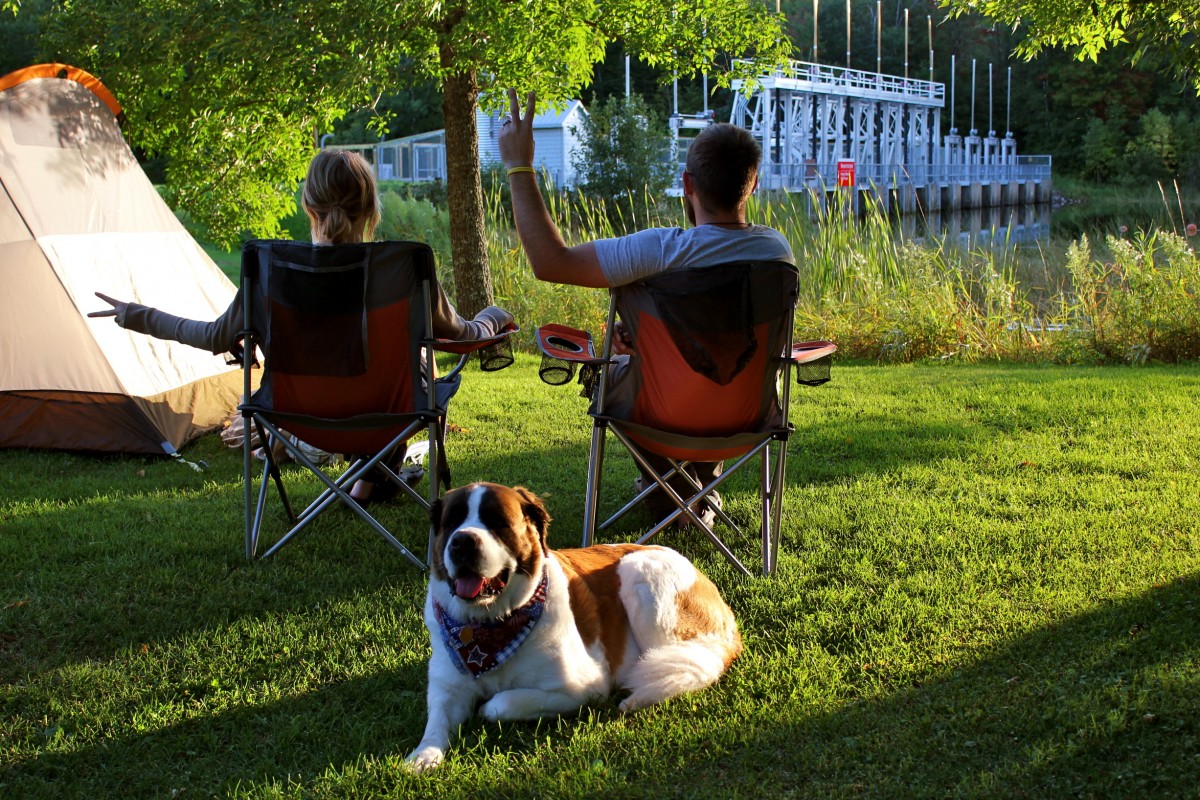 Our next destination is Glacier National Park, Montana. We’re taking a few days to get there so we have time to stop at local coffee shops along the way and get in a hike or two. After a full day of driving, we hit our 2000 miles right a camp ground on the Mississippi River, just outside of Grand Rapids, Minnesota. I found the camp, Pokegama Dam Recreation Area, thanks to a quick search on the iPhone, via Google Maps. Not only was it a beautiful spot, but it was fairly cheap at $12 for a tent site on the river. Even better than the price, it had the CLEANEST public restroom we’ve ever been in.

The only thing we didn’t realize is that 20 yards from our tent was a railroad track. “Feel the vibrations under your feet and plug your ears!” Well, at least the bathroom is clean.

Other Ramblings from our 2000 miles :

Don’t get stuck behind a school bus in Minnesota because they stop every 200 yards and they don’t pull over to let you pass.

[box]After 400 miles of sticking her head out the window of the Land Rover, going 65 MPH, Skyler likes to fall asleep while standing up.[/box]

Eat RAW Organic Food Bars. We ordered some bars online, along with other Raw vitamins motivated by my pregnant body. It tastes like a home-made goodness. They are moist, have the texture like a dense bread, contain Quinoa, Flax, Dates and Cashews. I would highly recommend purchasing them by the box at a discount from iHerb.com.

[box]“If you belong to Jesus, your real home is heaven.”   -A billboard off Interstate 2 in Minnesota[/box]

After leaving Marquette, MI I’m trying hard not to talk like a “Upper.” After a lot of teasing from our friend Jeremy Poch, I’m determined not to say “hey” or “eh” at the end every sentence. He claims that I have a “upper” drawl to some of my pronunciations, but I think otherwise. Since, I’ve caught Jackson saying “eh” on multiple occasions now, probably just to bug me. So every time he says it, I will be punching him in the arm.