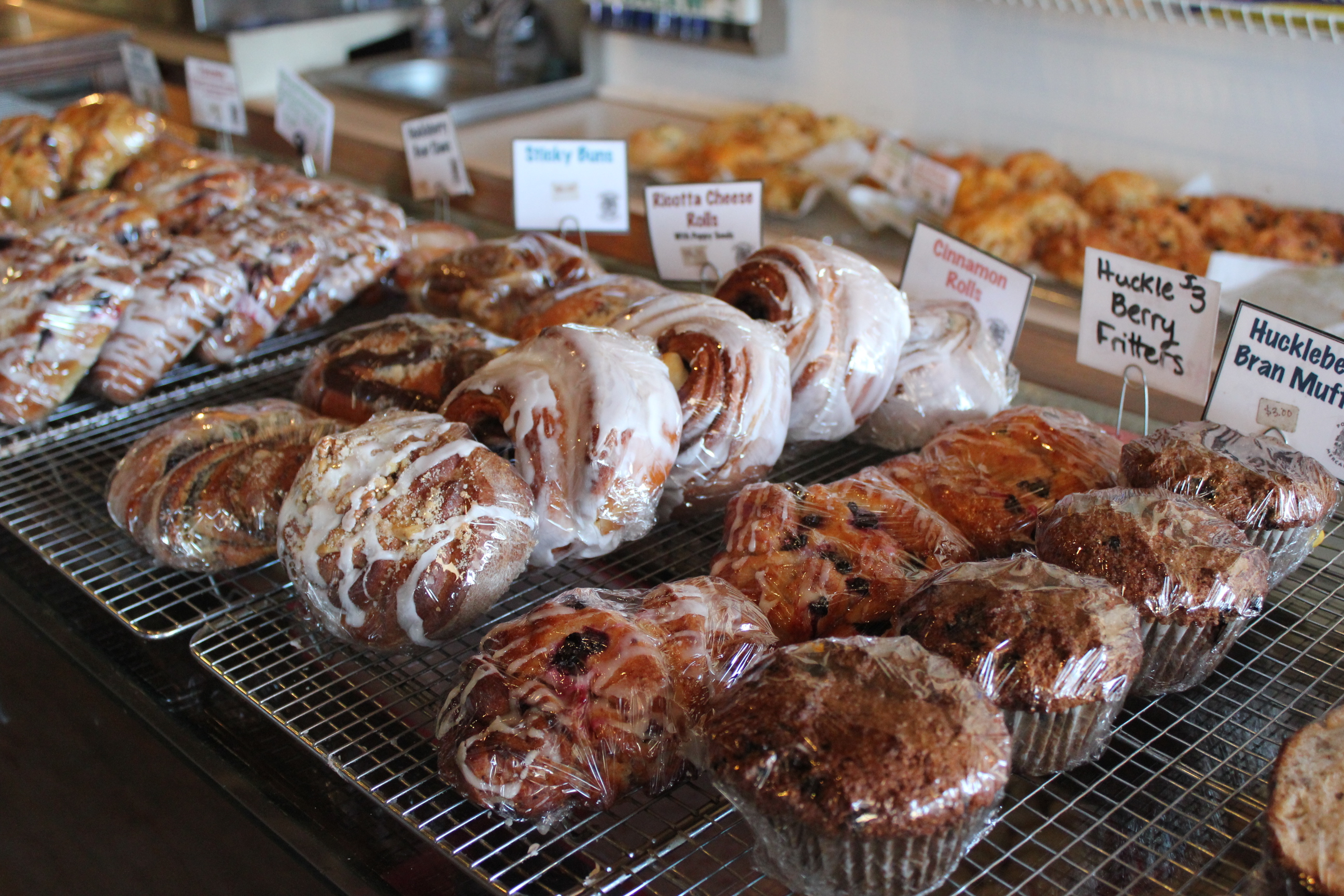 [box]Polebridge, Montana is on the map. It’s not what we expected to see, but it turned out even better.[/box]

The “town” consists of Polebridge Mercantile and a tavern, once the home of the original owners. Polebridge sits nestled next to the mountains in the middle of Glacier, on the eastern edge, between the southern tip of the park & the north east campground we stayed at, Bowman Lake. It’s totally surrounded by National Forest, with a few private residences nearby.

We didn’t expect much from such a remote location, but we entered the Mercantile we were warmly welcomed. The store was made up of an eclectic mix of a college students working there for the summer, four bakers, dreadlocks, hip hop music coming from the kitchen,  antiques, food, art, beer, wine and the best baked goods in the State.

We spent a fair share of money on postcards, beer, wine and baked goods while we camped at Bowman. We introduced ourselves and left behind one of our Land Rovers notepads as a gift and were asked to sign it, as they were going to display it on the wall somewhere.

One Reply to “Polebridge”