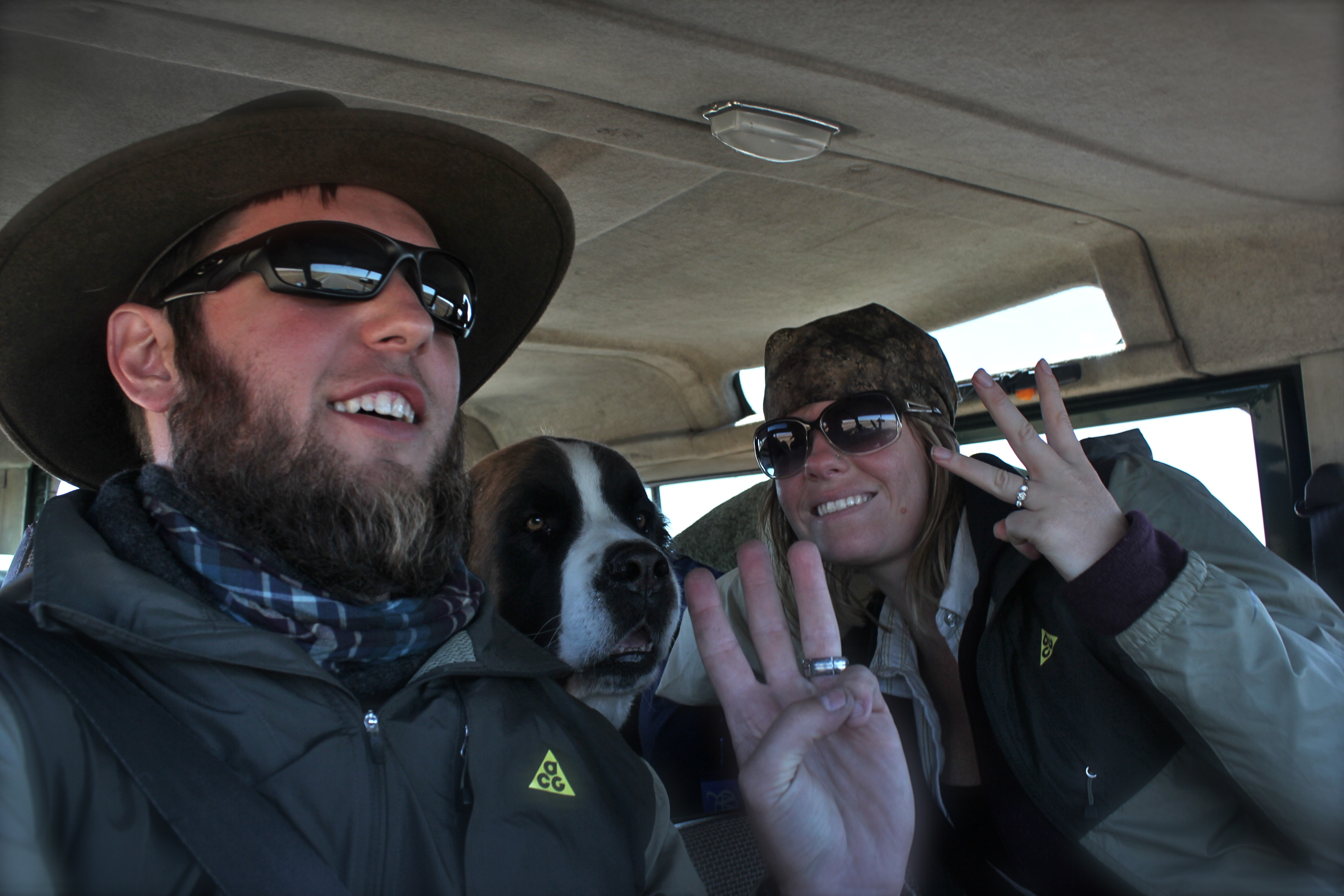 [box]Our timing for packing up the campsite, where we hit 2000 miles at the Mississippi River, couldn’t have been more perfect.[/box]

Instead of making a big breakfast and taking our time that morning, Kevin sensed the change of weather enough to make a “power move.” So we quickly changed, packed up camp, got in the truck and went to use the facilities before leaving the Park just as it started sprinkling. After hitting a cute local coffee shop, we hit the road to head out west.

The drive off of Highway 2 through the rest of MN landed us in a nice sized town just as we were ready for a pit stop, fuel up and food break. Little did we know that we’d see a sign for a Cabela’s just 1 mile off route. After stopping at Cabela’s to buy a dry bag and a large can of Bear spray, we hit a big storm in North Dakota.

Northern Dakota didn’t have much to offer us without swaying off route, other than a paved road headed west, rain, and 50 MPH wind gusts. Semi trucks appeared to be driving at an angle due to the strong winds.

Realizing that the storm wasn’t going to let up soon enough, and not many camp grounds to stay in, we decided to make another Power Move and just keep driving. On the far side of ND we hit a construction zone by an Indian Reservation. We had two pilot vehicles escort us through, before continuing past oil & farm country.

Someone told us that you can stay the night in the parking lot of a Wal Mart for no cost, anywhere in the U.S. So with no other significant town for hundreds of miles, we went into Williston, ND. With the bad weather, now seemed as good a time as any, so to Wal Mart we headed. Pulling into the lot felt like driving into a scene from Independence Day. Apparently everyone else traveling this highway had the same idea. Below the bright gleam of towering lights, parked RV after RV, truck after truck. Some vehicles drove by each other slowly, as if they were neighbors stopping to say hi. I’m convinced that the parking lot was more filled with over-night campers than it was with shoppers. After a few more minutes in the twilight zone, we left the paved sea of vehicles for the next gas station.

Jackson and I had enough after 14 hours of driving and found a quiet rest stop past Williston, in the High Plains with a view of the stars and deer. We bundled up in scarves, mittens, hats and blankets and got a few hours of sleep. That was the coldest night we’ll experience for a while. The next 10 day forecast will be bringing a blessing of record highs for the East Glacier area.

The sky opened up for us in the morning with a beautiful sunrise in the rearview mirror. Making it past the High Plains was the goal of the day, we knew the Rockies had to be in the horizon. Farm after farm, with only rolling hills and flatlands in sight, made it seem as though a mountain range could not possibly exist there.

We took one last pit stop to fuel up. With the sound of a loose belt as he started the Rover engine, Jackson checked the tire pressure and popped the hood only to find a broken bolt in the alternator. The friendly locals directed us a few miles away to some stores that might have what we needed. The Napa Auto Parts store was located in a small town in the middle of thousands upon thousands of farmland. Parked on the street and tools laying on the hood, Jackson repaired the hard to get to bolt and secured the belt. Realizing that the small trials are only part of the adventure, thankful it was a cheap repair, we accepted our timing with open arms to the great west.

The Rocky mountains really do just appear in the horizon of Montana’s Great Plains with no warning at all. The horizon turned from golden fields full of hay bails to evergreens and tall peaks. 3000 miles landed us in God’s country, together, a spectacular piece of the world called Glacier National Park.